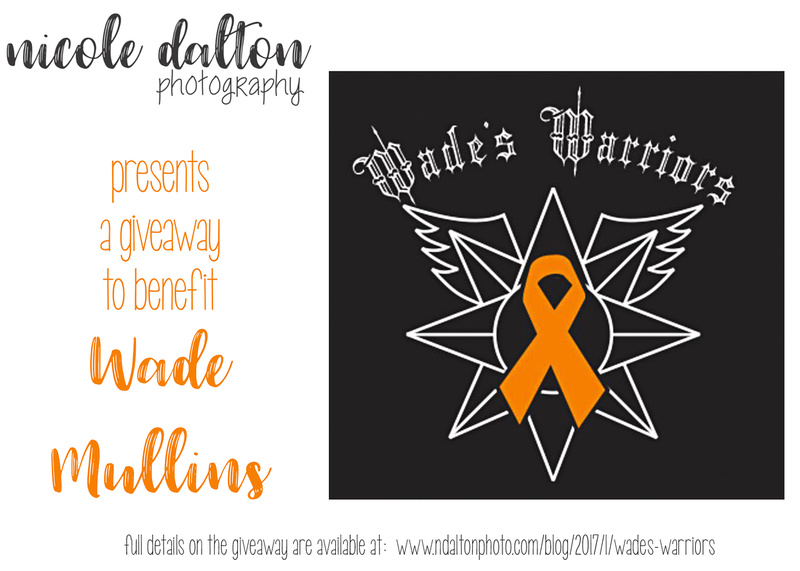 I've known Wade his whole life. And for the last 13 years, we have been neighbors, living on the same hollow in our little town. Wade has been our source of entertainment on numerous occasions. He is a funny guy, with a big heart and a big personality! He often would ride his 4-wheeler to the mouth of the hollow and stop by to chat with me while I waited on my kids to get off the school bus. He's been known to show up and hang out with Mark while he worked outside around the house, or to play with my kids in our yard or on the trampoline for a while. He is the neighbor most likely to be spotted visiting another neighbor on Fowler Branch. You are liable to see him on anyone's front porch, just visiting and hanging out. Everyone knows and loves Wade! But Wade is now in the fight of his life, and it's our turn to support him. Here are some words from his mom about how things have been for the last few weeks:

On December 20, 2016, Wade was Christmas shopping with his mom when he became short of breath and complained of a headache. He was taken to a local ER, examined, and quickly transferred to a hospital where specialists could immediately begin treating him. Wade was in a blast crisis and at a high risk for a stroke due to tumor lysis syndrome as a result of acute leukemia. Lumbar puncture and bone marrow aspiration were later performed. Wade's final diagnosis was phenotyped as B Cell Acute Lymphoblastic Leukemia. He is in the very high risk category and his treatment will have to be more aggressive, whereas the cancer is not only in his peripheral blood, but also in his spinal column. He has been receiving intrathecal chemo (by lumbar puncture with chemo given directly into the spinal fluid) and chemo via port the same day. He's also on daily oral medications as part of his treatment plan. Wade will additionally undergo cranial radiation as his treatment progresses. He is remaining strong and positive. The doctors and nurses are in disbelief as to how well he has responded so far. He has had numerous transfusions and several days spent in bed from fatigue but he has remained polite and never lost his funny personality that we all love! He celebrated Christmas and his 16th birthday in the PICU without complaint. The prayers that have been spoken on his behalf and on behalf of our family are the most cherished gift of all. Please continue to pray. And just in case the blast cells didn't get the message....the battle is on!!! You picked the wrong boy because I didn't raise my sons to back down from a fight!

What I'm offering up isn't much, but I would love for more of us to rally around Wade in a big way. There are lots of expenses coming up for Wade and his family as they travel to Cincinnati for treatments. The greatest way, besides prayer, that we can support them right now is with monetary donations. So here is what I'm offering and what you have to do:

1. visit Wade's GoFundMe page and make a minimum $10 donation. Only donations made from January 19, 2017-February 1, 2017 will be entered.
2. visit this post on my business page and post a screen shot of your donation or your donation receipt from your email, with the date it was made visible, in the comments.

*a 30 minute outdoor photo session for up to 5 immediate family members, valid February 5, 2017 - August 31, 2017
*10 digital downloads with printing rights from that session